What You Should Know*

The farther into the urinary tract the infection progresses, the greater the number of symptoms. As the infection becomes more severe, the signs tend to be cumulative. The UTI symptoms can develop quite rapidly – over a matter of hours, or more slowly – nagging for several weeks.

Although not everyone with a urinary tract infection has symptoms, most people get at least some, such as:

Mild cases of acute urinary tract infection may disappear spontaneously without any treatment.

In men, a bacterial infection or inflammation of the urethra (tube that carries urine from the bladder) is more frequent. It often sets the stage for the development of cystitis – also known as a lower urinary tract infection as it occurs lower in the urinary tract system than other infections.

Urethritis may cause burning in the penis, especially during urination. It also may be caused by microorganisms that are transmitted through sexual contact, including gonorrhea and chlamydia.

In male adults, the bacterial infection or inflammation of the urinary bladder is 50 times less common than in women.

Cystitis and UTIs may require a brief clarification here. Cystitis is an inflammation of the bladder which can be infectious of noninfectious.

UTIs on the other hand are always infectious – caused by an overgrowth of the pathogenic microorganisms, and may involve everything from the urethra to the bladder to the kidneys.

Cystitis in men can be very painful and sometimes more serious than in women. Usually, male cystitis results from another underlying condition, such as a prostate infection or an enlarged prostate (prostatitis).

Relatively rare in younger men, the symptoms (mild to severe) of cystitis include:

If the severe infection is present, it may inflame the bladder wall enough to cause blood in the urine (hematuria). Blood may make the urine look smoky or urine may even appear bloody with small clots.

In case of cystitis, whether or not it is caused by infection, if one or both kidneys are involved, then the condition is called nephritis. If pain is the predominant symptom, interstitial cystitis (IC) may be present.

When no bacteria can be identified as the cause of the symptoms, a non-infectious cystitis, also called abacterial, radiation or chemical cystitis, is usually assumed. In other words, this is an irritation of the bladder not caused by a UTI. Only the symptoms are similar to those caused by a urinary tract infection.

The exact causes of non-infectious cystitis, the most common type of cystitis in women of childbearing years, are often unknown. However, they may be due to:

The symptoms of irritable bladder are basically the same as interstitial cystitis. Yet again the main symptoms are:

Frequent emptying of the bladder can become a habit and this habit prevents the bladder from filling to its true capacity. It causes the bladder to become even more irritable and a vicious circle is established.

However, you can retrain your bladder by holding on by contracting your pelvic floor muscles. If “holding on” is difficult, you can try distracting your attention from your bladder by doing something. The feeling of urgency will subside as the bladder contraction dies away. Learn to hold your urine for longer periods. Start by choosing a time interval you are reasonably comfortable with.

People with painful bladder syndrome often find avoiding acids and caffeine in their diet helpful, as they can trigger flare-ups, sudden appearance or worsening of symptoms.

Urethral syndrome, also known as urethral pain syndrome, is the term for a group of symptoms that can occur when the urethra becomes inflamed and, therefore, irritated. A close examination reveals an inflammatory status of the bladder neck and trigone, described as trigonitis.

When the urethra becomes inflamed and irritated, it swells up and the tube narrows, which can make it more difficult for a person to pass urine.

Males with urethral syndrome may also experience discharge from their penis and symptoms relating to sexual function, such as swollen testicles, pain while ejaculating, and blood in the semen.

Diagnosis can be difficult because the symptoms are often similar to those of other conditions, such as UTI, cystitis, or urethritis, which can also affect the urethra. For this reason, urethral syndrome is most often misdiagnosed.

As patients have no bacteria in their urine, they do not respond to antibiotic therapy. It is not uncommon, then, for the diagnosis to be delayed until antibiotics have failed to cure the symptoms.

People can sometimes develop urethral syndrome after recently having a UTI. This is because the urethra can be very sensitive while recovering from an infection.

Therapies available today are mainly symptomatic. And most of them are not effective and do not significantly improve the quality of life of urethral syndrome sufferers. They also often do not respond to oral administration of conventional steroidal and non-steroidal anti-inflammatory drugs.

This is also the consequence of the fact that urethral syndrome has had several nicknames, which have led to much confusion over its existence and the treatment options.

Urethral syndrome can occur in both males and females. Most patients, however, are women, typically aged 30-50 years.

Although less common in men than in women, the symptoms of a bladder infection can be mimicked by a chronic bladder disorder called interstitial cystitis (IC), also known as painful bladder syndrome (PBS).

As a matter of fact, a history of bladder infections have more than two-thirds of all IC sufferers. In this disorder the bladder is overly sensitive. The major symptoms are:

The pain and urgency can be so severe that may make work, sexual activity and normal social functioning difficult or impossible.

Interstitial cystitis may stay about the same or get worse with time. Some people may go into remission for extended periods.

Unlike ordinary bladder infections, the cause or, rather, the causes of interstitial cystitis continue to baffle medical researchers.

It is believed that IC may be the result of:

Currently, an estimated 700,000 – 1 million Americans suffer from this disease.

Other conditions that have symptoms similar to interstitial cystitis are:

Excruciating pain across the abdomen or the back may signal the presence of kidney stones. Therefore, you are strongly advised to act at the onset of any of these symptoms rather than take the “wait-and-see” approach.

A professional diagnosis is essential.

The trigone is the neck of the bladder – a triangular tissue located in the lower part of bladder. It is near the opening of the urethra. When it becomes inflamed, it is known as trigonitis, causing painful and inconvenient symptoms.

However, trigonitis is not always the result of inflammation. Sometimes it is due to benign cellular changes in the trigone called nonkeratinizing squamous metaplasia. This condition is known as pseudomembranous trigonitis. It is thought that female hormones estrogen and progesterone may play a role here.

Pseudomembranous trigonitis occurs in 40 percent of adult women (mainly of childbearing age) — but fewer than 5 percent of men who are undergoing hormone therapy, for example for prostate cancer.

The symptoms of trigonitis are similar to those for other bladder issues, such as:

The chances of trigonitis can be increased by:

While they share some of the same symptoms, trigonitis differs from interstitial cystitis (IC)in several ways:

Men are less likely to get a kidney infection as they usually do not suffer from recurrent urinary tract infections.

Here are signs, mild to severe, that a bladder infection has turned into a kidney infection:

*Based on various available sources and studies, our research and practical experience. Last modified on June 13, 2021.

Feel on Top of the World Again!

As you probably know by now, urinary tract infection (UTI) has become a common urological problem the last decades, with women being affected three times more than men. Also, children and young adults suffer from this painful and frustrating ailment.

In a nutshell, urinary tract infection is your body’s poor response to opportunistic uropathogenic bacteria. Unfortunately, most sufferers still have no idea that there are options other than medicinal drugs to address it.

Also, many UTI sufferers believe, and/or have been told, that their condition is much TOO SERIOUS for natural measures to be the proper solution.

That’s why you should know about our naturopathic Uribiotic Formula. Along with other specialty UTI supplements, it can be the right way to remedy your problem, naturally and effectively.

This unique multi-herbal formulation, accompanied by the time-tested practical steps, not only can help you fight the urinary infections, but also prevent them from coming back, so you will feel on top of the world again!

How Do I Know if I Have a UTI?

Please fill in the six-part questionnaire below, answering all questions thoughtfully and to the best of your knowledge. By doing so, you will be much better prepared for an eventual doctor’s appointment. It might also help your doctor determine if you need a urine test, which is not always a routine practice.

As for the symptoms, they are sensations or perceptions of changes in health experienced by yourself or someone you know, or hold dear who too may be in need for help.

Within 12 to 24 hours, we will email* you back the results along with our brief recommendations (if necessary) that may help you get your urinary tract health back on track. The information given, however, is not intended to diagnose, prescribe or replace the advice of a physician or other healthcare professional.

As privacy is one of the most important issues for all of us on the Internet, please rest assured that all your answers in this questionnaire are strictly confidential. We do not share any part of the completed questionnaire with anyone. Also, your email address is safe with us. We will never rent, sell, or exchange your contact information with anyone.

FOR OPTIMAL URINARY AND KIDNEY HEALTH

Know exactly what you are looking for?

See our line of naturopathic

Not sure what to do? 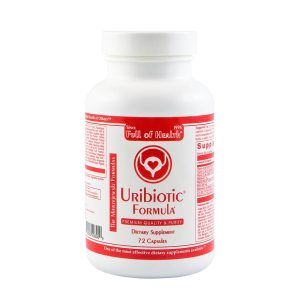 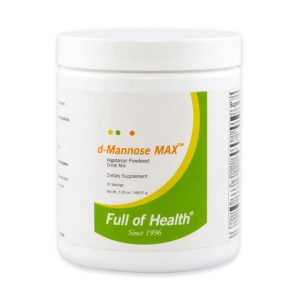 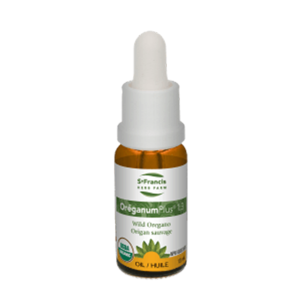 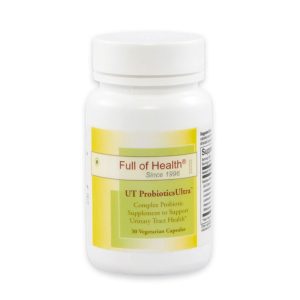 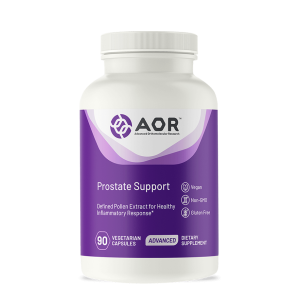 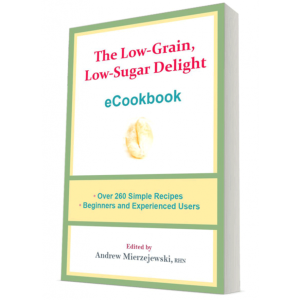 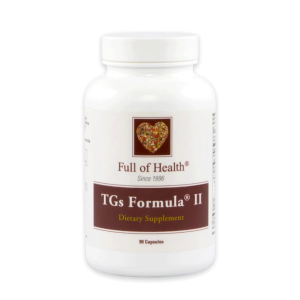 The solution could be right at your fingertips.

At Full of Health LLC, we DO NOT COLLECT personally identifiable information or persistent identifiers from, deliver a personalized advertising to, or otherwise track, or monitor persons visiting this website.

The information and products descriptions appearing on this website are for information purposes only, and are not intended to provide or replace medical advice to individuals from a qualified health care professional. Consult with your physician if you have any health concerns, and before initiating any new diet, exercise, dietary supplement, or other lifestyle changes.